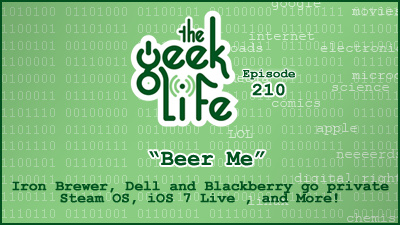 Notes:
Mike and Paul are here to talk about beer and go over some geeky news over the past couple weeks. Our next regular recording will be Tuesday, October 8th. We’ll be on a live Google+ Hangout starting at  ~8pm (?) Central Time . You can follow us on Twitter @thegeeklifetv with the hashtag #thegeeklivetv.