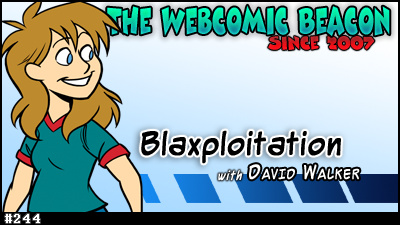 David Walker of BadAzz MoFo joins us for a discussion about Blaxploitation! Join Fes Works, Mark Savary, and Kelly Turnball! 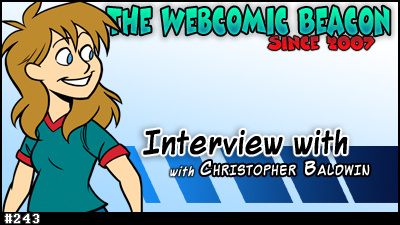 Christopher Baldwin of Spacetrawler joins us for an interview! Join Fes Works, Mark Savary, and Kelly Turnball! Chris will also be at convention Intervention this weekend in Washington, DC. So you can go see him in person! 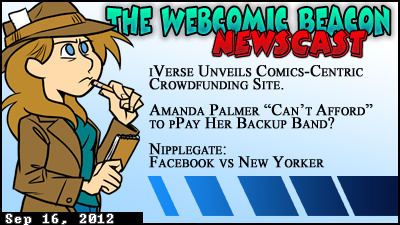 Amazon launches its first graphic novel—and pays you $5 to read it
Also in exciting news for comics creators: If you haven’t already heard, AMAZON[dot]COM has started its own publishing house, known as AMAZON STUDIOS.
Original Source: The Beat

Former Marvel COO Bill Jemas tells us how to wake the F#ck up
Original Source: The Beat

END_OF_DOCUMENT_TOKEN_TO_BE_REPLACED 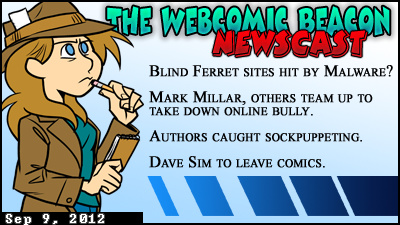 Thom Revor heads the show with Fes Works; with thanks for last week’s comics news brought to you by Dean Esmay, Jason Strawsburg, and Eric Kimball. Sorry for the lack of updates on The Webcast Beacon Network this week. We’ve been moving servers!

Mark Millar, others team up to take down online bully
Original Source: DC Women Kicking Ass
Additionally: Archive of some of the trolling

Apple is about device Amazon is about service
Original Source: GiGaOM

END_OF_DOCUMENT_TOKEN_TO_BE_REPLACED 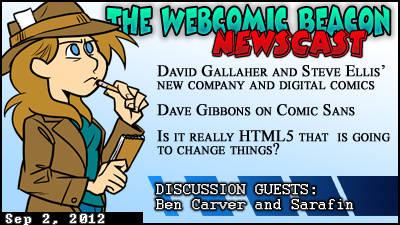 Ben Carver (Animation Aficionados) and Sarafin (Asylum Squad) join us in this week’s comic news and discussion. Some of the news we discuss covers David Gallaher and Steve Ellis’
new company and digital comics, Dave Gibbons on Comic Sans, and is it really HTML5 that  is going to change things? Thom Revor heads the show with Fes Works and Marie Tary; with thanks for last week’s comics news brought to you by Dean Esmay, Jason Strawsburg, and Eric Kimball.

Fire destroys Cerebus negatives before they could be digitized
Original Source: Bleeding Cool

END_OF_DOCUMENT_TOKEN_TO_BE_REPLACED 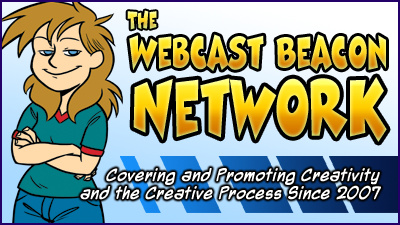 As of now, The Webcast Beacon Network is no longer hosted on, nor affiliated with The Rampage Network; but we thank them for the years of hosting they had provided. We are now utilizing the services of Hiveworks Comics!

More changes will happen in the coming months, including the combination of WebcomicZ and the WCBN, leading up to the 5th anniversary!