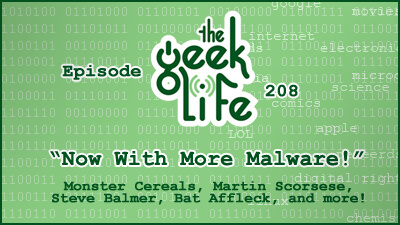 Notes:
Our next regular recording will be Tuesday, September 3rd (?). We’ll be on a live Google+ Hangout starting at 7 or 8pm (?) Central Time . You can follow us on Twitter @thegeeklifetv with the hashtag #thegeeklivetv.