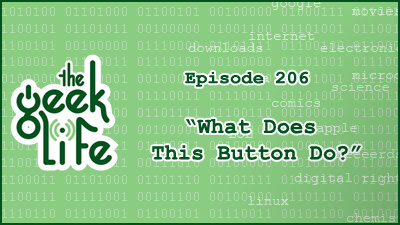 [display_podcast]
The Geek Life is an affiliate of the WCBN.
► Visit the homepage for their podcast.

Notes:
Our next regular recording will be Tuesday, August 13. We’ll be on a live Google+ Hangout starting at 8pm Central Time. You can follow us on Twitter @thegeeklifetv with the hashtag #thegeeklivetv.