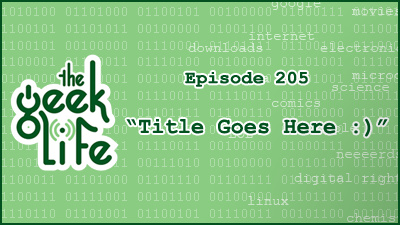 [display_podcast]
The Geek Life is an affiliate of the WCBN.
► Visit the homepage for their podcast.

Notes:
For the summer we’re going to move to an every-other week schedule for a bit as an experiment. Let us know what you think!