The Webcast Beacon Network is a podcast network comprised of shows set on covering and promoting creativity and the creative process in story telling. We are committed to those that wish to create and express themselves: to have fun, learn, make connections, and grow. 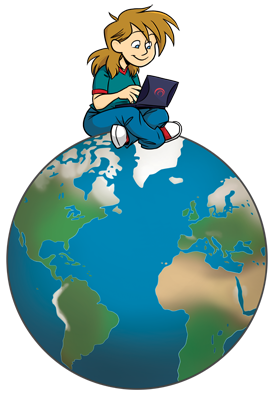 The Webcast Beacon Network actually began, way back in 2007, as The Webcomic Beacon podcast; aimed at covering topics and interviewing creators and professionals that hobbyist and amateur cartoonists would find helpful, enjoyable, and entertaining. We expanded our programming and comic coverage in 2010; which looked at current events and news that impacts comics and independent comic creators. Frequent guests and discussions flesh out this show’s relative and timely programming. Additionally, we attempted to expanded our offerings for creators, The Tropecast came into being; with a look into memes, tropes, and other repetitive, literary tools.

A show specifically catering to writers, brought Webfiction World in 2011. With a focus on periodic, web-released fiction writing, Webfiction World offers guides and perspective for those that do not require the comics medium. Readings of webfiction supplement each episode.

Check out the shows we have to offer, and their archives; or try a selection of favorite episodes. Show content ratings are usually PG-13, for language.

Some of The Webcast Beacon Network 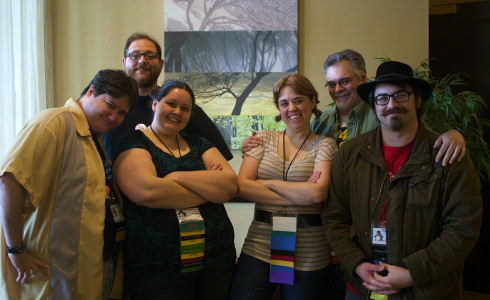 Crew and Credits
A list of everyone that works on The Webcast Beacon Network, and their other sites.

Convention Appearances
The Webcast Beacon crew, in all or in part, may be at a convention near you!

Linkage
Link to us! (if you want)

Some music utilized on The Webcast Beacon Network programming comes from Music Alley from Mevio, The Funny Music Project: The FuMP, and Lapfox Trax; and are noted as such when used.

Website design and content, music, images, podcasts and content, except where noted, “The Webcomic Beacon”, “The Tropecast”, “Webfiction World”, “Becky Beacon”, “First Issue”, “The Webcast Beacon Network”, and the “Beacon Tower” are trademarks and copyrighted to Fesworks, LLC.

The Webcast Beacon Network is hosted by Hiveworks Comics.

The Webcast Beacon Network was hosted on Xepher.net from until August 2008;
then hosted on The Rampage Network until September 2012.

On the subject on guidelines about sending the WCBN and its programs emails, I decided to revamp the whole Press Release policy, while also trying something new.

While there are many ways to contribute to the WCBN and its shows, including submitting your own original article, one can also submit promotional information via Press Releases. While I would encourage everyone to read the entire FAQs page first, I’ll give a quick overview on what we are looking at.

Everyone wants some recognition, and that’s fine. But please email us enough information. Too many emails come in where it’s barely a sentence or two, and doesn’t really say much. We want to know who you are (and what you go by), what you want us to know (and be detailed but still brief), and really try to sell us on it.

Remember, part of being a creative is selling yourself and your brand. That means to work on your pitch!

Why does all of this matter? Well, I’m going to trial run monthly post regarding Press Releases sent to us, as well as other information around the webcomics industry and community that may be of interest to be. Anything more news-like will be pushed to The Webcomic Beacon Newscast (if related enough). Otherwise we’ll collect the other information (where appropriate) for a monthly post for the first of the month. So if you have an event coming out during a month, get the information to us a before the 28th of the previous month.

We would prefer Press Release style notices for your own work, or heads up about news articles and tutorials. We want to increase the content of the WCBN website as well as our individual shows. This means we want to get things a little bit back to how The Webcomic Beacon was first run. Meaning more community building and sharing. We’ll be looking to have more assorted guests on that would like to talk about particular topics or recent news or upcoming events. We want to get back to that sharing of information, and promoting each other.

But first we’ll start with this trial run project first. So the next Press Release post will be on December 1st. I will be looking forward to suggestions and more submitted information. I have always been on the side of experimenting. This goes from articles to podcast episodes, to entire segments or series, or a whole new show!

I will also remind people that the strength of The Webcomic Beacon in the past was when listeners became very involved, and many eventually became crew in some fashion for some period of time. But it starts with those individuals with a drive to do something and be share it. It’s not about us telling you want to do, it’s about you telling us what could or should be done!

Frequently Asked Questions
Including steps on sending us Press Releases.